A little off topic for us here...but here is LaurenMilberger's (creator and editor of  this blog) personal story/tribute to a lover of  #girlwriters.

And a little something I feel has been lost in the last few days, (This was originally posted on my personal Facebook.)

I want to take a moment to introduce you to two great loves of Gene Wilder's life. Gilda AND Karen. I can't post pictures of Gilda and not talk about Karen. But first a little about me and Gene. As many know Gene meant a lot to me - in that "I didn't know him kind of 'a way". I know people who did know and love Gene so it is unfair me for to say he meant as much to me as he does to them. Still, he had a place in my heart. Playing Gilda I literally feel in love with him during my research. Maybe that is a little "method" of me, I don't know, but my feelings about him changed from admiration to affection. Reading his biography my respect for him as an artist grew ten fold. Like myself, we had both started off learning the Uta Hagen technique, with no real connection to it. (frustratingly) Only to find the Strassberg method and feel a real connection. I was lucky enough to speak with Gene about this personally - arriving at his book signing having already read the book. We spoke about the creative structure of his bio and he told me he had come up with the conceit of him talking to his therapist because as a screenwriter, he couldn't crack how to write a "book". We also spoke about our mutual experiences with The Actors Studio. I never told him, the two times we met, that I had played Gilda - it felt wrong to say for some reason. I felt a connection to her; he loved her. The first time I met Mr. Wilder he saw me coming, and the woman in front of me had 5 books, so I think he thought one of them was mine and seemed to beckon me forward. But at Barnes and Noble they are very strict about when you step forward, letting each person have their time. He smiled at me, started chatting with me, and my instinct was to say "oh, those aren't my books." When it was my time to step forward I made a joke "I only have one book, I guess pale in comparison." I had made a similar joke with Steve Martin, after he had rolled his eyes at me regarding a woman in front of me who was getting far too saccharin with her 9 books. But Steve didn't get the "joke" and just answered "What?" Gene leapt into comedy "Get this woman out of here, she only has one book" and was abound with energy. I like to think I improvised with Gene Wilder. But what I'm getting at is he was a man everyone says had a deep love and kindness in his heart. The definition of a mensch. (He has also amazing blue eyes in person.)
In his biographer (Kiss Me Like A Stranger) he talks about a dinner Karen made for him, professional, research for a film where he would play a deaf man. Gilda was months from dying and he felt a connection to this woman he tried to deny. And then something uncanny happened: his favorite poem was framed on her wall. Karen and Gene were married for 25 years and who knows how long he would have been married to Gilda, they never got the chance. He speaks of their differences (him and Gilda), but yet the first time he was away from her, after their first filmed wrapped, he found himself out of nowhere dropping to his knees with pangs of missing her in his life. He loved both these woman, but yet felt a connection with Karen in a way that I have to say made her the love of his life. And I think Gilda would have wanted that. I know if I knew my days were numbered and I loved this man so much... I would ask the universe to give him someone he would love... the way I loved him. I think we can celebrate both these loves of Gene's life as much as we can his life in general. A kind soul and artist has left us, but he would want us to smile: "Don't cry because it's over, smile because it happened." Thanks for reading

Posted by Lauren Milberger at 6:03 AM

BRAND YOUR CHEST A #GIRLWRITER 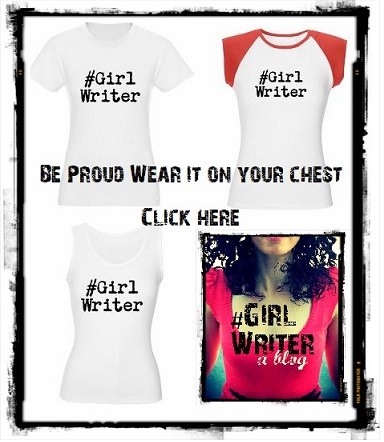 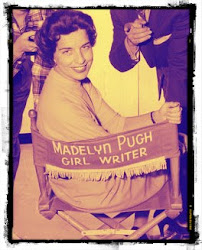 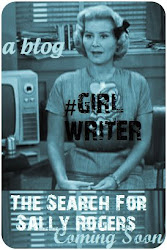 Lauren Milberger
Lauren grew up in Scotch Plains, New Jersey. Therefore, at a very early age, she became very familiar with comedy -- she loves her home state but knows all the jokes. As a writer, Lauren has written a few unproduced screenplays, and one produced play, The Onion: First Date, which was mounted as part of The Southern Slam Festival at the Warehouse Theater, SC, which she also appeared in. Lauren is currently working on a full length play about George Burns and Gracie Allen, and recently appeared in an industry reading of act one, as Gracie Allen. As an actor, Lauren has performed from H.E.R.E. to the Kennedy Center. Favorite roles include Joan in Elaine May’s The Way of All Fish, Jill in Butterflies are Free, and Felicia in Top Ten. Other appearances include Caryl Churchill’s The Skriker (Kennedy Center), Tango ‘Til They’re Sore (The Flea Theater), and Keanu Reeves Saves the Universe (P.I.T.). Film &TV credits: The Following (Fox), Ten Thousand Saints (2015), the mockumentary The Royal We, an Oxygen TV promo and being famously cut as Gilda Radner from the film Chapter 27, starring Jared Leto. Training: The Second City NY Training Center. MFA: Actors Studio Drama School.